So, I’ve finally decided to build a place where I can post from centrally, about things going on, any rant that comes across my mind, or daily musings from time to time. These posts will not always be the most groundbreaking revelations. In fact, they may be quite stupid from time to time.  But that suits me just fine.  And hopefully, it will do the same for you.

I’ll try and keep the posts primarily related to geeky/nerdy goodness, which shouldn’t be hard considering that is the majority of my life.  But that will extend to all of the things I nerd or geek out about, which also includes things like sports, photography, music, art, and lots of other stuff.  When I use the words geek and nerd, I use them in the modern sense of “someone who is interested in a subject (usually intellectual or complex) for its own sake.” Therefore, any subject I have an invested interest in, and not just the traditional comic/sci-fi/gaming culture.

Most of my posting is done via Facebook, Twitter, and Instagram, and this site will help serve as a central bridge for those, hence the icons at the very top. But I will also try and hopefully post more long-form thoughts and musings on this page, as often as I can. The keyword is hopefully, but I’d like to think I’m able to stick to my word. 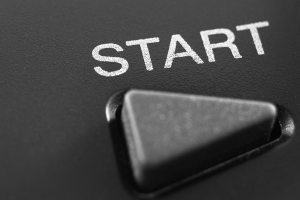 Born and raised in Texas, I live in the best city in the world, Austin. I spent the majority of my life sequestered in random theaters watching whatever I could, or in front of a TV ruining beloved VHS tapes and DVDs from overuse. I tend to act as a human IMDB for friends and family, as I have an uncanny (some would say useless) ability to remember a plethora of random facts regarding any given movie, actor/actress, etc. I spend the majority of my time these days passing on my geeky tendencies to my two kids. Confirmed Nerd. Lover of Film and TV. Extreme Hoarder of Collectibles: Screenprints, Statues, Action Figures, Prop Replicas, and piles of other stuff I deem incredibly valuable. Also, I usually have a beard.